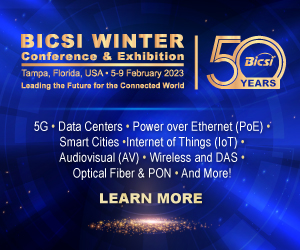 BICSI believes strongly in competition. U.S. antitrust laws are the rules under which our competitive system operates. It is BICSI's policy to comply in all respects with the antitrust laws.

Association meetings or workshops by their very nature bring competitors together. Accordingly, it is necessary to avoid discussions of sensitive topics. Agreements to fix prices, allocate markets, engage in product boycotts and to refuse to deal with third parties are automatically illegal under the antitrust laws. It does not matter what the reason for the agreement might be.

Accordingly, at any association meeting discussions of prices (including elements of prices such as allowances and credit terms), quality ratings of suppliers, and discussions that may cause a competitor to cease purchasing from a particular supplier, or selling to a particular customer, should be avoided. Also, there should be no discussion that might be interpreted as a dividing up of territories.

An antitrust violation does not require proof of a formal agreement. A discussion of a sensitive topic, such as price, followed by action by those involved or present at the discussion is enough to show a price-fixing conspiracy. As a result, those attending an association-sponsored meeting should remember the importance of avoiding not only unlawful activities, but even the appearance of unlawful activity.